If last month seemed eventful, for those who follow Prayas, this week was equally eventful. Here goes this month’s happenings:

Full timer takes Control of the new batch of children 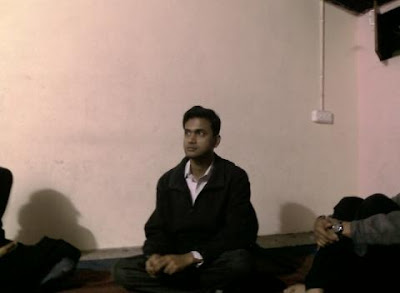 As a key enabler for the long term objectives of Prayas, we recruited our full timer teacher & a future coordinator for our activities, if all goes by plan. Abhinash started his efforts beginning this month with training the new batch (Batch of 2010) of children. This batch of children was listed out of the group of children that registered with us during the survey efforts of last month’s Republic Day Celebration. As a follow up to this event, we met the children’s parents and counseled them about the objectives of education and the need to balance the child’s educational needs.

Abhinash belongs to Orissa but is well-versed with Hindi. He has a good background of leadership backing him; some valuable fund-raising experience for the Orissa flood victims. He was also part of the NCC during his education. He has a strong conscience and we see him as a potential candidate to manage Prayas in the coming times. 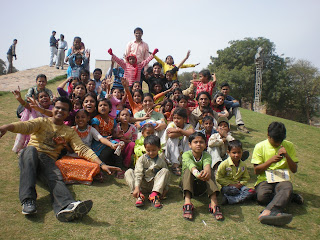 The best part about picnic’s that we have seen at Prayas are the People or Volunteers. Each time, we have at least 7-8 new volunteers who are enthusiastic, and we have fortunately had a few hold on for the long run. We took the children to the Qutab Minar and then a trip to India Gate’s children’s park. Our regulars - the veterans as you may also refer to as - Rajat, Anand , Darshan, Selva & myself (Arun Raj) were on the floor to see that the execution of the picnic went well. But, the better part was we saw new volunteers like Anant, Akanksha & Sonia involved to make this a wonderful event.

Other Pictures of the event: Set 1, Set 2 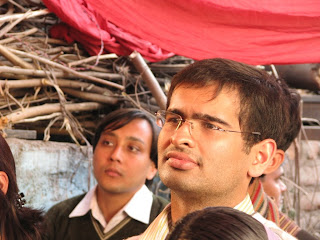 Rajat Maheshwari is one of the key patron's of AID's Prayas initiative @ NOIDA. He works with ST Microelectronics currently and due to his tough work schedule has not been able to make it to Prayas regularly nowadays. To his surprise, things in the course of past two years have changed a lot. Here are his comments:

“I am very poor in writing. But Darshan has been requesting me for a long time to write something. As part of the mails exchanged on the group about the whole picnic experience, it was agreed to by all that it was like one big family on a picnic. The children's enjoyed and all of us also and frankly speaking we even tried to extend the picnic time also :D Thanks a lot to everybody for making the event a BIG SUCCESS.

Let me phrase a small incident that happened around 3 weeks ago. I was sitting in one of the night classes and Darshan wrote some sentence in Hindi on board and asked the children's for English translation. I was not focusing on what he wrote actually, but then suddenly I heard Sona speaking something in English. Surprisingly, it was the exact translation of what Darshan wrote in Hindi with all tense and grammar correct. I was shocked. I kept smiling all the time in the class. Sona was the same student we use to teach "ABCD" when we started Prayas. This was not especially about Sona, but mostly all the children in the class were able to translate. It's a very small thing, but it gave me the feeling what we have really achieved. "HATS OFF TO THE TEAM." I give a visit sometimes to the evening classes and can see "Prayas family" putting heart to teach children's with everybody contributing in someway.

Anyways today the efforts continue in the hopes to get as many of our children's admitted in Nai Disha & other good schools nearby.”- Rajat Maheshwari

Thanking God for all our successful efforts and the learnings we have had at Prayas as individuals and a team :) - Arun Raj
Posted by Raj at 3:58:00 AM