The family planning awareness session we conducted last Sunday witnessed an encouraging participation from the community. We would only know whether or not it was a success in the months to come, if we execute the follow-up plans. Nevertheless, 35+ women opened up about their issues in front of the lady doctor (it was rather disappointing on the male side), and many even expressed keen interest in availing contraceptives and other birth control measures. This time, the two doctors were arranged via NGO Noida Lok Manch, but we continue to stress on exploiting the existing govt channels, through which we earlier managed a clean-up drive. Here are some concerns raised during the interaction, each followed by how the doc tried to counter it (courtesy: Linkan's notes):
1. Women are powerless, and have little say in determining the number of their own children. Husbands taunts them questioning why they have an issue with more kids if the men have none in raising them.
A: It's a tough ask, but women to have to assert themselves more. Silent obedience may avert a short term tussle, but will ensure lasting pain for the individual and her kids.

2. Patriarchy: The family continues producing children until a boy is born.
A: Girls are usually more caring and likely to look after them in their times of trouble. Also, we need to identify girls who can be projected as role models from the community and drive home the point that girls are equally, if not more, likely to make a parent proud.

3. Religious blindfolds: Getting operated is not 'permitted'.
A: This is a misinterpretation. Every religion encourages kids only to the extent that enables you to ensure a quality life - not mere survival - for each of them. 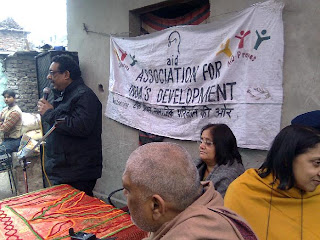 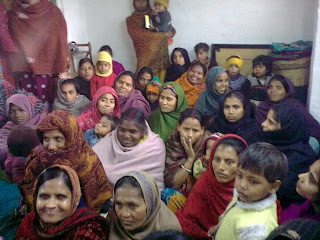 4. The human resources argument: The more, the merrier
A: She cited the story of Pandavas and Kauravas to convey that it's logical thinking and hard work that take you far in life, not the number of kids. Another obvious counter is that parents have an undeniable responsibility to provide good upbringing to their kids, and that's nearly impossible with more than two children, given their limited monetary and other resources.

5. Having more sons is sometimes correlated with more strength, in the sense that the women of such families are less likely to be teased/molested.
A: In today's world, physical strength counts for nothing. It's all about your skills and values.